Sayat​-​Nova: Songs Of My Ancestors 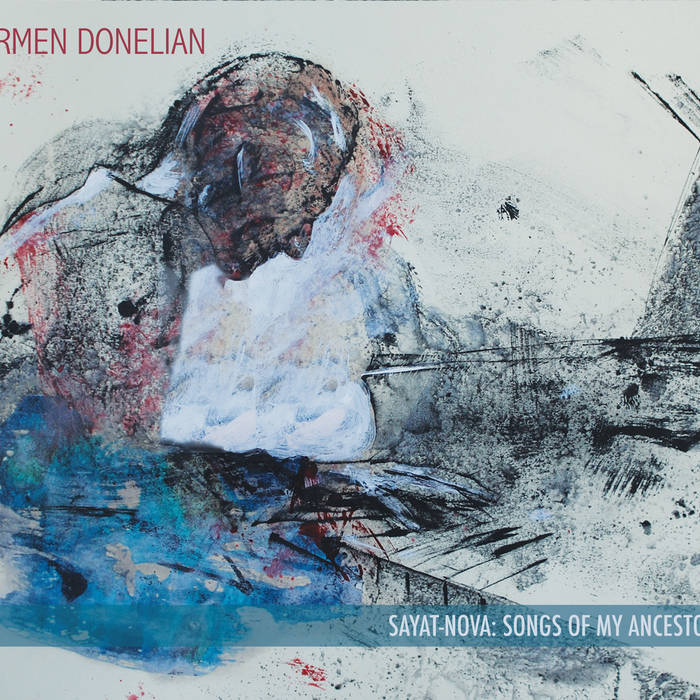 Pianist, composer, bandleader, and educator Armen Donelian has carved out an enviable career spanning four decades, including seminal stints with Jazzmen Sonny Rollins, Billy Harper, Chet Baker, and Mongo Santamaria. But two other streams – Classical and Middle Eastern music – have influenced Donelian’s artistic direction. His new double album Sayat-Nova: Songs Of My Ancestors, his tenth release for Sunnyside combines these divergent paths into a work of stunning cohesion and sonic beauty and further elevates Donelian’s status as an improvising artist of the highest order.

As both a solo pianist and leader for nine years of a working trio (heard on Oasis, also on Sunnyside) with David Clark and George Schuller, Donelian focuses here on the quintessential and exquisite songs of the 18th Century Armenian troubadour, Sayat-Nova (1712-1792). Sayat-Nova’s verses have been compared to Shakespeare’s and his melodies rank with those of the greatest European composers. For generations, Sayat-Nova has been revered throughout the Middle East as a musician, composer, poet and even philosopher.

“As a child,” Donelian says, “the sounds of Middle Eastern, European Classical and American Jazz records were continually present in our multicultural household. These three threads form the tapestry of Sayat-Nova: Songs Of My Ancestors. Integrating them into a single coherent work is the realization of my lifelong aspiration. I am proud to present it to a broader public.”

Preserving every detail of Sayat-Nova’s melodies, Donelian further redefines them both as a solo performer and with his cohorts, with one CD fully dedicated to each musical format. Using an alchemy of contemporary Jazz harmony and exuberant polyrhythm, Donelian polishes his 21st Century interpretations with an elegant and spacious Classical aesthetic that has identified his distinctive pianism and artistic vision since his 1975 debut with Santamaria.

One explanation for the trio’s profound affinity for Donelian’s music is that he shares significant history with these players. His collaboration with veteran bassist David Clark stretches back to 1993, when they first met as colleagues at the Interplay Summer Jazz Camp. While touring with the 1980’s Middle East-Jazz fusion group, Night Ark, led by oudist Ara Dinkjian, Donelian met drummer/producer George Schuller whose group Orange Then Blue shared the same concert stage.

Born in Queens, NY in 1950 to Armenian parents, Armen Donelian was surrounded by Classical and Armenian music as a child. His first exposure to Jazz came at age 12, and as a Columbia University undergrad he studied music history, theory, and composition; but his Jazz studies commenced in earnest after his graduation, when he fell under the sway of pianist Richie Beirach.

During that time Donelian apprenticed with a series of Jazz giants, starting in 1975 with percussionist Mongo Santamaria, where he presided over the piano chair once filled by Herbie Hancock and Chick Corea. “I learned so much about time, professionalism, and stamina,” he says of his schooling with Santamaria. “It was one of the greatest experiences of my life, to investigate Latin music from the inside.” Stints with saxophonist Sonny Rollins, trumpeter Chet Baker and other Jazz luminaries quickly followed.

In the midst of his four-year tenure with Billy Harper’s band, he made his recording debut with 1981’s Stargazer (Atlas), a trio date with drummer Billy Hart and bassist Eddie Gomez featuring his original compositions. Through the 1980s, Donelian led a series of outstanding bands, including one with Norwegian bassist Carl Morten Iversen and drummer Audun Kleive (on Trio ’87, an Odin CD that he feels best represents his playing then), and culminating at the end of the decade in his quintet with saxophonist Dick Oatts (on Secrets and The Wayfarer, two acclaimed Sunnyside releases), when he feels that his composing matured.

Donelian has consistently explored his Armenian roots in his music, and recorded for several major labels with Night Ark (on RCA/Novus, Polygram and EmArcy). He co-produced (with legendary Jazz producer George Avakian) Listen to My Heart (Sony), a 1998 collection of Jazz interpretations of Armenian folk songs featuring vocalist Datevik Hovanesian. With reedman Souren Baronian, he also co-led a 1987 all-Armenian Jazz recording project with drummer Paul Motian. Donelian has frequently traveled to Armenia to perform, and taught at the Yerevan State Conservatory as a 2002 Fulbright Senior Scholar.

An invaluable educator at The New School and William Paterson University and a clinician at major international conservatories, Donelian has written several authoritative texts, including two volumes of Training the Ear and Whole Notes, a book about piano playing. “Over the years I discovered I had a knack for teaching and later a talent,” he says, “and beyond that a responsibility.”

Bandcamp Daily  your guide to the world of Bandcamp